This is a early Biedermeier Vienna Regulator C. 1835 is a recent addition to the collection.

The previous owner purchased the clock in Austria in the late 1940's and brought it to the western United States.

The clock is in mint untouched condition, from the bone handled winding crank to the delicate hand cut pulley.

We found this pattern maker, who had the good idea to use a vintage cuckoo clock pendulum (of the type typically used on pendulums in the '70s and '80s) to neat effect. 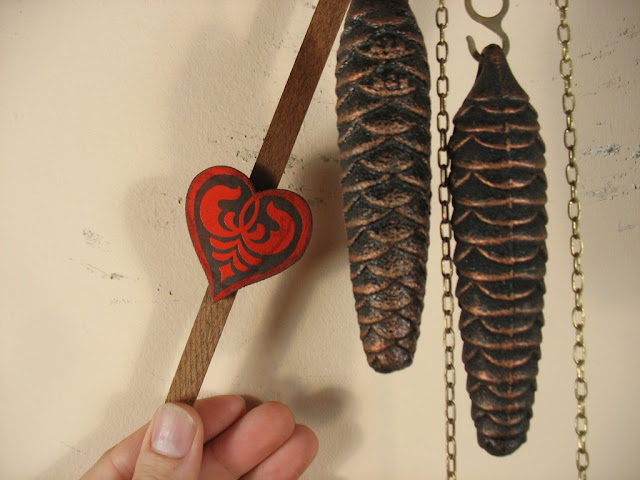 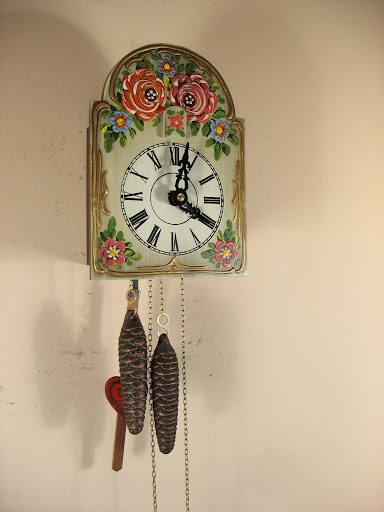 Posted by rkamper at 3:48 PM No comments:

... or mechanical noises anyway. This is a fascinating table of homebrew fun!

[via Deviant Synth]
Posted by rkamper at 10:03 AM No comments:

Why Not Live in a Clock??

There were a couple of interesting posts over at The Steampunk Home Blog about apartments built inside clock towers... 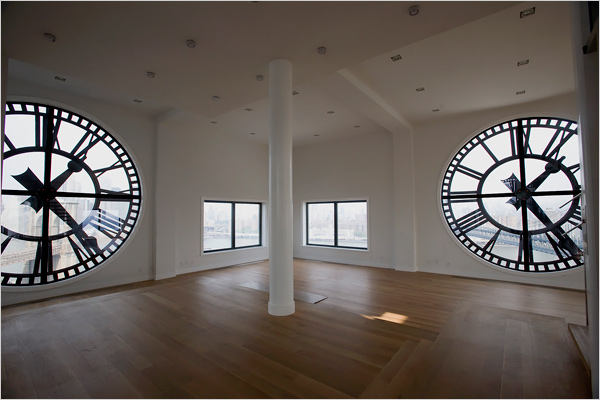 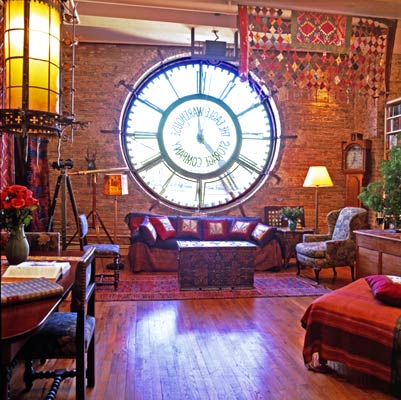 From architect Michael R Davis' website: The The Clock on Old Fulton Street in Brooklyn Heights is a 1,200 square foot loft located in an Italianate storage building built in 1892 on the site of the Brooklyn Eagle Newspaper once edited by Walt Whitman. The most obviously striking feature in the apartment is the 10-foot glass and iron clock face, which serves as the living room window.

Related posts:
Wild World of Clockmakers
What is Steampunk?
Posted by rkamper at 9:07 AM No comments:

The Boy with the Cuckoo Clock Heart

Rumor has it this was a book and will become a feature film!
Posted by rkamper at 11:06 PM 2 comments:

This clock is a special order Beha shelf cuckoo. It is one of two known to have be made, and the only example known.

The painting is called “Auferstehung Christi” and shows the Resurrection of Christ and his ascent to heaven.


This clock was sold on April 2nd, 1860 to a Dealer in Paris France. The clock was sold for 45 Gulden, which was a extremely high price for a clock at that time.

This clock has the traditional Beha 8 day double fusee movement.

The paper on the pipes is a Beha pattern that was very seldom used.

It has also been documented in Rick Ortenburgers book, Black Forest Clocks on pg 36.

This clock is not in my personal collection but is a family piece, that has been in our family for many years....and I wanted to share it on the Blog.

This is a fun webcomic with heavy automatic influences...

Posted by rkamper at 3:42 PM No comments:

Another Beauty from our Friend Justin

Posted by rkamper at 6:21 PM No comments:

At Long Last... the Zaandams are here!

Posted by rkamper at 6:02 PM No comments:

Here's a nice little clock. It has a classic style with a nice reverse-painted glass dial. This clock is known as a "Gallery Clock." It's French and is circa 1890. 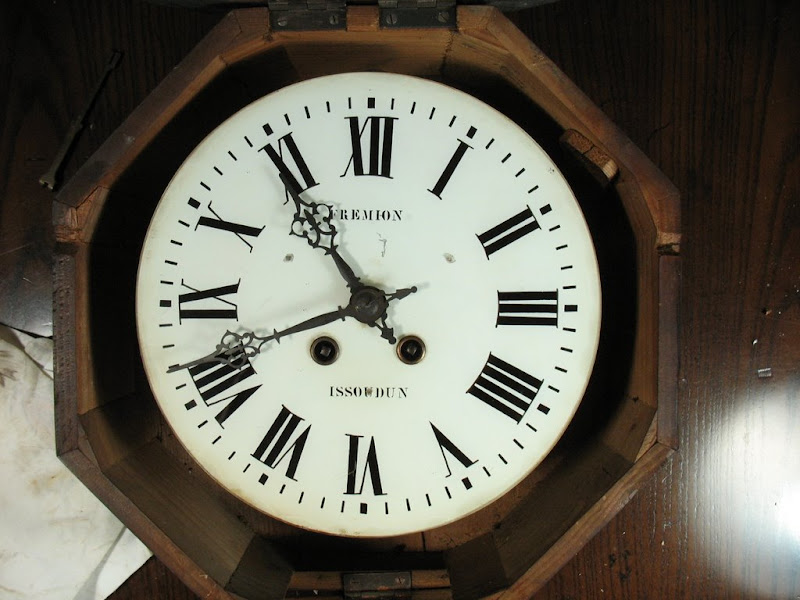 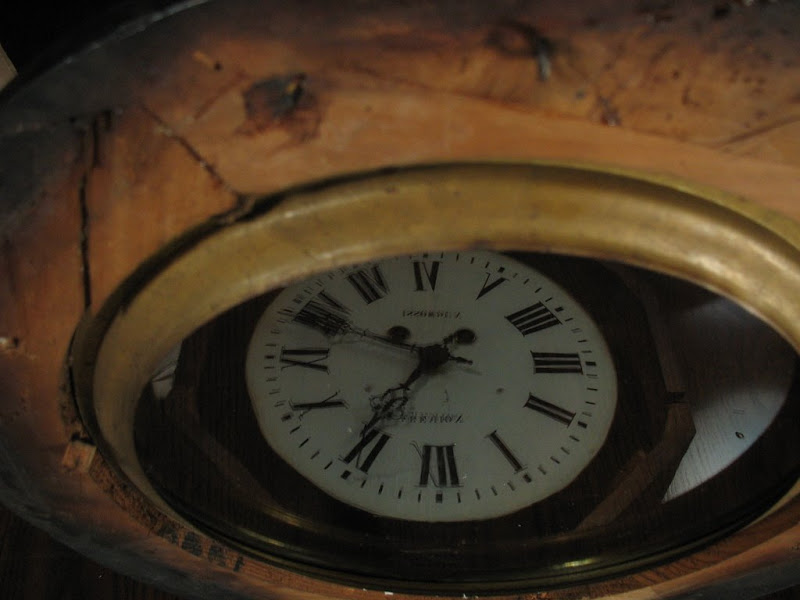 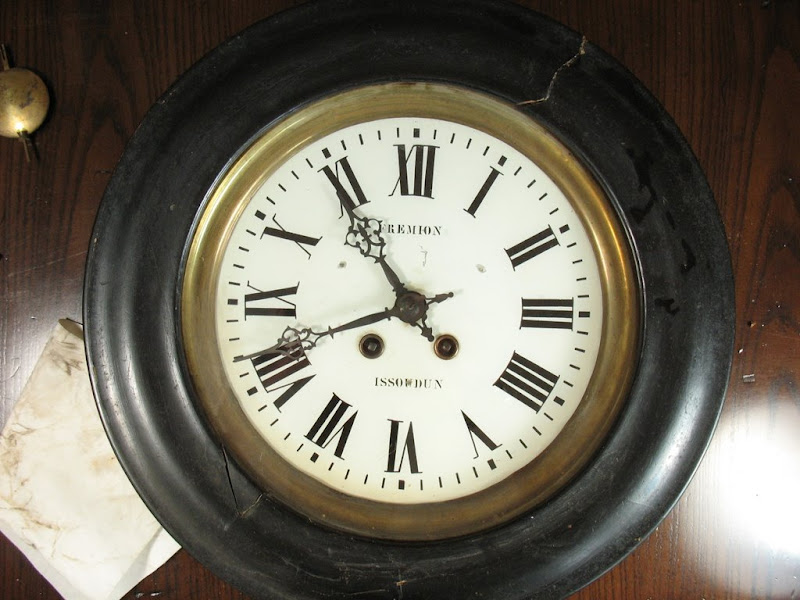 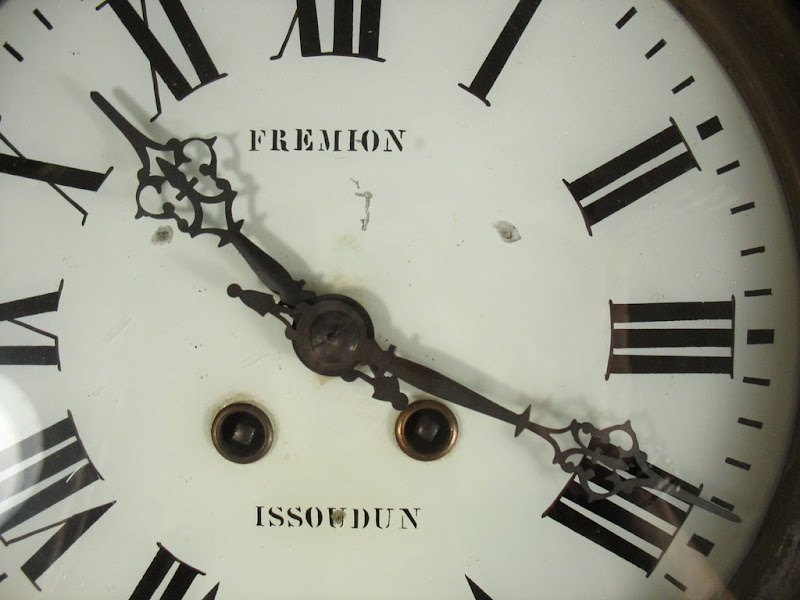 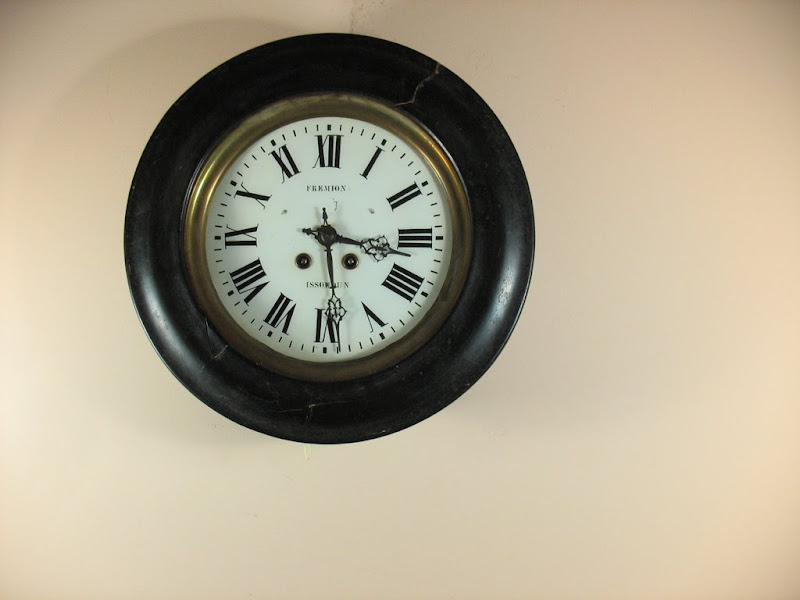 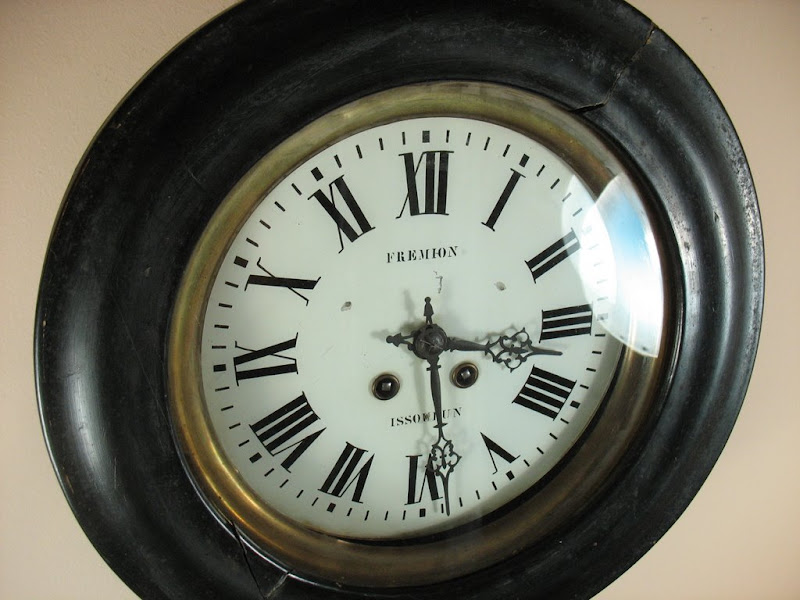 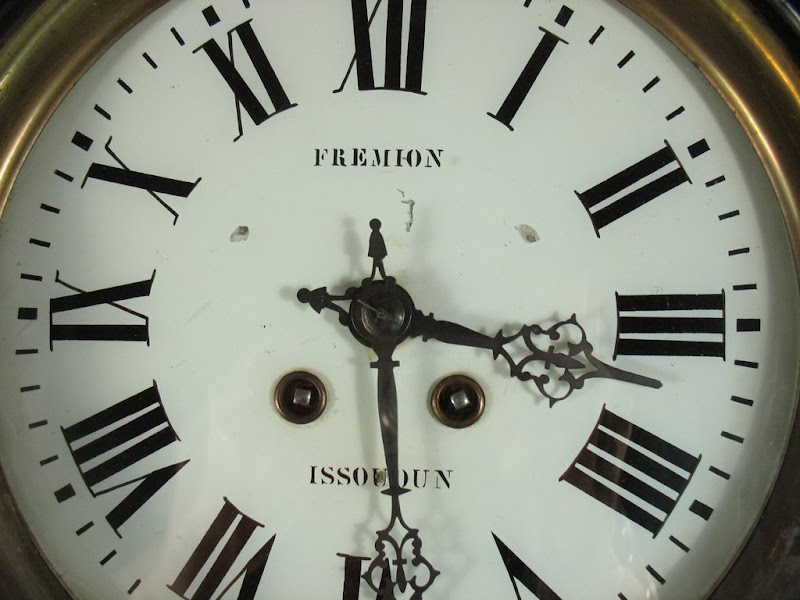 As you can see the clock is marked "Fremion, Issoudun"